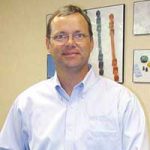 TWINSBURG, Ohio—Qure Medical has purchased Tompkins Pharmaceutical Rubber in a deal that will boost Qure’s offerings to the pharmaceutical side of the medical business.

The unit of Twinsburg-based Q Holding Co. closed the deal Jan. 24 and sent out a letter that day to Tompkins customers saying that Qure would work with them to make the transition period as seamless as possible.

Terms of the deal and how much revenue the Tompkins business posted were not disclosed.

“It was not a distressed bargain buy,” said Randy Ross, Q Holding president. “The business has been well-managed. It’s been performing successfully. But when the owners got through the whole process, they recognized it could be even better in our hands. You’ve got to pay for good technology and good companies, but it was worth it to us.”

The Tompkins business has made rubber components for the pharmaceutical industry since 1908. It was purchased by Itran Precision Rubber in late 1998, with the Tompkins facility in Blue Bell, Pa., closed and incorporated into the Itran factory in South Plainfield, N.J.

Over time the Tompkins production will be transferred to the Qure Medical plant in Rock Hill, S.C., according to Ross. The move will be made gradually as needed customer qualifications and approvals are gained because the Tompkins portfolio largely deals with components that are listed in Drug Master Files with the Food and Drug Administration.

“It’s not a simple pick it up and move it in the sense that these are highly regulated markets, and these customers deal with life saving and life altering devices and medications,” Ross said. “We want to move at a pace the customers are comfortable with and meets their needs. The prior owners of Tompkins allowed us a very thoughtful transition period with nice transition service arrangements because they also are interested in making sure these customers are well taken care of during the transition.”

The Itran business will continue to operate at the South Plainfield plant, Ross said.

Much of the Tompkins’ processing technology is similar to what Qure has in place in Rock Hill, but the focuses of the businesses were different. Ross said Rock Hill concentrate more on the medical device side of the market with some business in the pharmaceutical sector, while Tompkins was more deeply involved in pharmaceutical.

The acquired firm, he said, had roughly 100 elastomer compounds in its Drug Master Files, including polyisoprenes, butyls and EPDM. Much of Tompkins products end up in drug delivery, where rubber stoppers are used in vials of drugs that are to be injected into somebody’s body.

“This is where the Drug Master Files become so critical,” Ross said. “Tompkins has a great history in that space of developing compounds that are inert relative to exposure to medicines they have to deliver.”

Qure’s Rock Hill location concentrates on polyisoprene and other organic elastomers, as opposed to the other Qure sites that focus more exclusively on silicone. Where Qure can help Tompkins improve is with its quality and processing systems, Ross said.

“We think we bring some things when you combine the two businesses because of our quality operating systems, clean room manufacturing and our disciplines,” he said. “When you put those two things together, you end up with a really great offering to customers. Their strengths and our strengths will fit together to give people a great pharmaceutical supplier.”

Ross concedes that West Pharmaceutical Services Inc. remains the dominant player in the sector, but believes that Qure Medical is a strong No. 2 on the medical device side of the business, and the Tompkins acquisition makes it a “more meaningful competitor” on the pharmaceutical side.

“We like to think we can be a little more flexible,” he said. “They take the big application, the high-volume stuff. We think we can design things more specific to customer needs and applications.”

The Tompkins purchase jumps Qure four or five years forward in material science than if it had to develop it on his own, the Q Holding CEO said. “We believe the existing customers of Qure Medical will benefit from this because we can offer them a wider portfolio of products,” he said. “Similarly, a great group of customers that have been working with Tompkins will get the benefit of access to the wide variety of products that Qure Medical already offers.”

Ross is open about Qure Medical’s quest to be a more comprehensive supplier to its customers. It wants to deliver a wide variety of elastomer products from a wide range of geographic locations to its medical customers. He said many medical device makers have a supply chain that has grown too large, and that his firm can be a consolidator.

“I believe there is a trend toward narrowing that supply base down to a smaller group of larger suppliers,” he said. “We think Qure Medical can deliver more products and technology in the elastomer space than anybody else in the medical or pharmaceutical business.”

So Qure will continue to add to its competencies from a technology and materials science side and also expand its geographic reach, such as recent moves to produce components in China and distribute goods in Europe.

“It’s really all about being the best possible supplier you can be to these customers and the belief that by doing more, we’ll ultimately become the supplier of choice because they don’t want to handle 100 different elastomer suppliers.”

That’s why the Tompkins acquisition was a “no-brainer,” Ross said. “You could just see that they had such a complementary set of customers and technologies to Qure Medical, and at the same time Qure Medical could bring a lot of improvement opportunities to Tompkins Pharmaceutical.”

Some employees may transfer to Rock Hill, he said, though that issue hasn’t been addressed yet. He said it is likely the Tompkins name will be folded into Qure Medical, but he’s holding an open mind.

“The name has been around for more than 100 years, and it has a lot of heritage around it,” Ross said. “If people feel a strong alignment to it, I think there’s a way we could sub-brand and maintain that identity.”

Simulation of Rubber Products is a Growing Industry